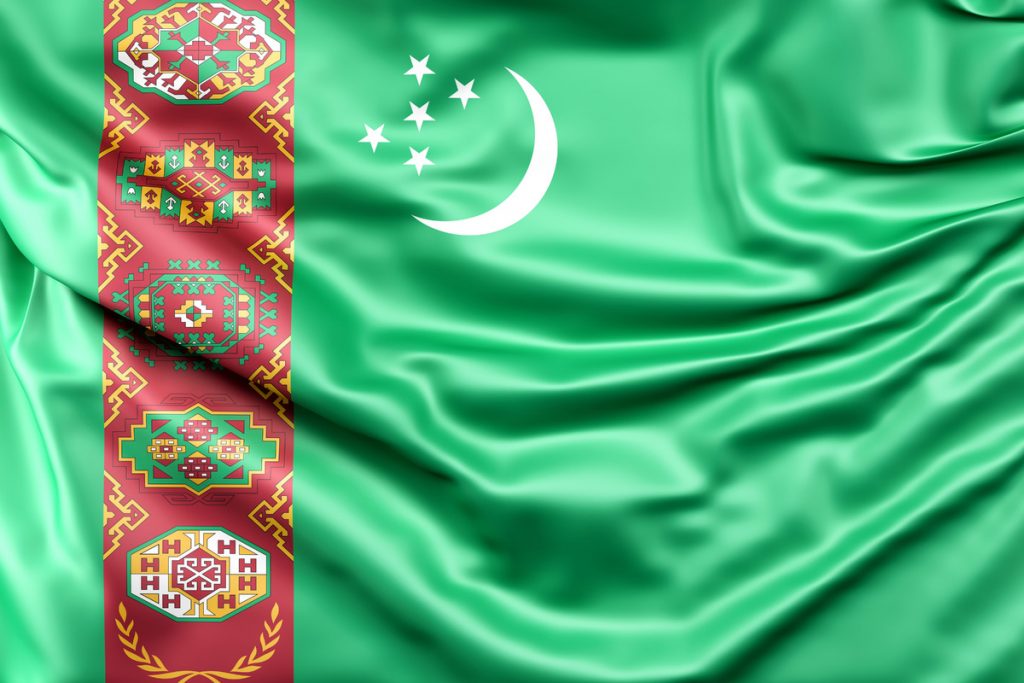 During the last couple of years, presidents of authoritarian regimes in Central Asia and the Caucasus have been busily engaged in constitutional reforms. Praised as major steps toward the “perfection” and “further democratization” of the political system, such reforms are mostly cosmetic. However, most of the time, from behind the mixture of minimally re-edited phrases and copy-pasted international standards of civic and human rights some important details peer out. Typically, they legalize the president’s stay in office beyond term limits or regulate questions of a looming succession in power. This also holds for the 2016 reform of the Constitution of the Republic of Turkmenistan, one of the most closed countries in the world.

Turkmenistan’s first constitution was embraced in May 1992, being the first new basic law across the territory of the former Soviet Union. It created a system of government that has been qualified as “presidential” in the literature, but was of a very special kind. It perfectly matched the preferences of President Saparmurat Niyazov who had led the Turkmen Soviet Republic as the First Secretary of the Communist Party since 1985. The head of state and chief executive and the Mejlis as “a legislative organ” were but constituent parts of an “ultimate representative organ of popular government,” the “People’s Assembly” (Halk Maslahaty). In addition to the president and the cabinet ministers, the members of the assembly and the top office holders of the court system, this Assembly included representatives of local assemblies and heads of administrative units, and—after 2003—also the leadership of political and social organizations, eventually reaching the impressive number of 2507 persons. It was the Assembly that “convinced” the Turkmenbashi (“Leader of all Turkmens”) in 1999 to accept the presidency for the rest of his life, approved his proposals about laws, such as seven-generations-background checks for aspirants of the public service or the renaming of all days of the week and months of the year[1], lauded the president’s achievements, awarded him medals, etc.[2]

Niyazov suddenly passed away in 2006. A few days later, the People’s Assembly stripped the parliamentary speaker—who was to replace the president according to the constitution—of his immunity (making his arrest possible) and abolished the ban on an acting president to run for the presidency. This cleared the way for Health Minister Gurbanguly Berdymukhammedov. In 2008, he launched a new constitution, abolishing the People’s Assembly and consolidating the presidency as the lynchpin of the political system. While the president has extensive nonlegislative and legislative powers, making him one of the strongest presidents worldwide,[3]the Mejlis, in turn, is one of the weakest assemblies in the world, barely fulfilling the role of a rubber stamp to the president’s will. A peculiar feature of all editions of the Constitution consists of the lack of an impeachment procedure. Instead, “in case of violation of the Constitution and laws,” the Mejlis may express “no-confidence” in the president by a vote of “at least three-fourth” of the 125 deputies. In this case, a national referendum ultimately decides on whether the president has to quit.

A constitutional amendment to the 2008 Constitution was drafted by a president-led Constitutional commission since May 2014 and subjected to public discussion in March 2016. On 14 September 2016, the reform was unanimously adopted by the advisory Council of Elders and the legislature. After the president’s immediate signature, the Amendment entered into force the same day.[4] It addressed a total of 107 articles, of which 24 were newly added and four extensively revised. Further, a section was introduced that codifies “Economy and Financial System,” based on the “principles of market relations.”

Most changes result from a minor editing of the text. In addition, there are some subtle, rather symbolic amendments. For example, the principle of neutrality in foreign affairs, which is the cornerstone of the country’s foreign policy since 1992, is now enshrined in a separate article (art. 2), after having been pooled with the principles of democracy, legalism and secularism (art. 1) in the previous version. Other amendments are influenced by consultations with the UN, the OSCE, the German aid society GIZ, or have been suggested during the public debate on the Draft Constitution, so at least officials have claimed. Thus, a number of human rights provisions have been adopted. The president became the guarantor of “rights and freedoms of people and citizens” and was granted the right to nominate a candidate for the soon-to-be-established post of a Commissioner for Human Rights.

The ODIHR/OSCE Comments on the 2016 Draft Amendment consists of a long list of recommendations for the adjustment of provisions that do not meet international standards.[5]Sometimes, the final document seems to respond, but this does not necessarily solve the issue in question. A telling example is a clause that can be found in the 1992 and 2008 constitutions as well as in the 2016 Draft. In full agreement with the traditional Soviet understanding, it is stated that “the exercise of rights and freedoms shall be inseparable from the performance by a person and a citizen of their responsibilities toward the society and the state.” In the final version of the 2016 Amendment, this sentence has been eliminated. However, what remains is Article 30 claiming that “the exercise of rights and freedoms must not violate the rights and freedoms of others, as well as the requirements of morality, law, public order, or cause damage to national security.” This preserves wide scope for interpretation.

Other OSCE suggestions about issues such as institutional mechanisms ensuring separation of powers or counter-balancing “the quite extensive presidential powers” have been ignored by the regime—which is no wonder, if we assume that even dictators tend to use constitutions as “operating manuals” for the daily functioning of the regime. An example is the regulation of political pluralism. The 2016 revision of the Constitution introduces an explicit commitment to “political diversity and party-based pluralism,” obliging the state to ensure an “enabling environment for the development of the civil society.” This is mostly “cheap talk,” but it also fits Berdymukhammedov’s engagement in controlled party- and NGO-building, a strategy he shares with much of his colleagues in Eurasia. However, the Constitution restricts the right to form political parties, banning not only violent organizations but also parties “encroaching on the health and morality of the people” and “parties with ethnic or religious attributes.” This clause has neither been welcomed by the OSCE in 2008 nor in 2016 but remains unchanged since 1992.

The huge cosmetic part of the 2016 Reform almost conceals the single most important change. It consists of a small omission concerning presidential tenure in office. While the Turkmenbashi had scrapped the typical post-Soviet re-election restriction—“nobody shall be elected for more than two consecutive terms”—as early as 1999, Berdymukhammedov has now removed the last hurdle to lifetime presidency. Aged 60, he foresightedly lengthened the presidential term from five to seven years and removed the age-70 cap for candidates.

The 2016 reform also tinkers with provisions regulating the question of succession in power. As a measure of precaution against the premature removal by a rival, all versions of the Turkmenistani Constitution prohibit an interim president from running for office. Since 2008, this interim president had to be chosen by the Security Council from the no less than ten deputy chairmen of the cabinet. Now, it is—as it was from 1992 to 2007—the speaker of the Mejlis who temporarily stands in for an ill or dead incumbent. Thus, it seems as if a deputy chairman, even if he competes with nine colleagues, is considered to be more dangerous for a sitting president than the speaker of a toothless assembly. After all, a deputy chairman is responsible for a certain policy, such as Economy and Finance, or Oil and Gas. This grants him access to important resources on which to build power against the incumbent.

Against this background, the newest proposal of the President is worth attention. In his inauguration address on 17 February 2017, Berdymukhammedov who had won his third election against eight government-nominated “competitors” by 97.7 percent of the votes announced a new reform. The Council of Elders, which is not mentioned in the Constitution and consists of 600 people who are not elected but selected, is planned to be granted a status above that of parliament.[6] It shall be entitled to approve the decisions of the assembly and the cabinet before they enter into force.[7] This idea revokes the “People’s Assembly” in the 1992 Constitution. Its realization would deprive the Mejlis of their rubber stamp and further downsize the position of the assembly’s speaker.

The full text of the 2016 revision of the Constitution of Turkmenistan can be found here: http://www.legislationline.org/documents/section/constitutions/country/51