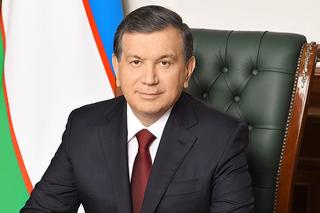 On 2 September 2016, 78-year-old President Islam Karimov was officially announced dead. Having ruled Uzbekistan since 1989, Karimov orchestrated the smooth passage of Central Asia’s most populous nation of 31m from a Soviet republic to a highly personalist regime that was consistently ranked among Freedom House’s “worst of the worst” regimes worldwide. His power did not rest on an ideology-driven party apparatus, but on a comprehensive patronage system involving the major, regionally based political-economic networks of the country. Succession in power is the Achilles heel of such regimes, and behind-the-scenes competition between rivalling factions had been ongoing for several years as Karimov was ailing. His death, therefore, caused fears of instability and “clan wars” as well as frail hopes for political and economic reforms.

Six days after his death, the parliament appointed 59-year-old Shavkat Mirziyoyev as the interim president. Mirziyoyev, who had served Karimov as a loyal Prime Minister for thirteen years, presented himself as the candidate of continuity. On 4 December 2016, he handily won a presidential election, receiving 88.6 percent of the vote. The “Economist” concluded that just another “sham election” had replaced “one strongman with another,” thus “cloning Karimov.”

However, twelve months after Karimov’s death, even sceptics agree that Uzbekistan is changing. In foreign politics, the isolationist and idiosyncratic course of the first president has been replaced by an active and pragmatic policy that is aware of Uzbekistan’s geographical location at the crossroads of Central Asia. A reset of relations with all neighbour states was launched. Bilateral negotiations on the delimitation and demarcation of state borders with Kyrgyzstan, Kazakhstan, Tajikistan, and Turkmenistan—an unresolved issue since Soviet days—have made more progress in twelve months than for the last 15 years; agreements on strategic partnership, economic and military cooperation have been signed. In the wider neighborhood, cooperation with Russia has also become closer, especially on economic and security issues, albeit a formal security alliance with Moscow remains unlikely. Equally important are new trade and investment agreements with Uzbekistan’s largest trade partner China as well as Turkey.

Another domain under reform is the economy. In October 2016, Mirziyoyev started to issue decrees aiming at the improvement of the business climate in Uzbekistan. In November 2016, the creation of four new free economic zones was announced. A tax reform has been brought about, and in August 2017 important steps towards the full convertibility of the national currency followed as well as decisions to invest in a modern IT infrastructure and a national “Silicon Valley.”

The “Strategy for the further development of Uzbekistan in 2017-2021” announced in February 2017 also entails a political dimension. While Karimov during his last decade had been engaged in the creation of controlled party pluralism and parliamentarism as decorative elements of his “Uzbek model of democracy,” Mirziyoyev rather stresses the need to improve the efficiency of the state to enhance people’s trust. Reforms of the law enforcement system—particularly the police—have been set up, and an anti-corruption programme has been launched. Constitutional amendments introduced a Supreme Judicial Council and expanded the powers of the Constitutional Court. The president declared the year 2017 as the “Year of Dialogue with the People and Human Interests,” which is a far more political motto than those of all the yearsunder his predecessor. The newly created “virtual receptions” of the president and other offices became very popular, serving as “public complaint boxes.” According to official sources, within the first ten months of the new president, one million petitions were received.

Not least, the situation of political and human rights seems to have improved. Observers note that the country’s official media begin to enjoy more leeway. Several journalists and political activists have been released from prison; selected dissidents have been invited to return to the country. For the first time, human rights activists who traditionally commemorated the Andijan massacre in 2005 were not detained by police in May 2017. Most recently, more than 4000 people have been removed from blacklists of potential Islamic extremists, which proves a further normalization of the relationship between the state and religious communities. The authorities also decided to ban the mobilisation of minors and employees of the health and education services in the cotton sector, eventually responding to international pressure against the use of forced labor.

These developments nourish the hope of more fundamental regime change. However, when seen realistically, such change is unlikely. On the one hand, recent reforms and policy changes merely reflect the “recalibration” of a typical personalist regime. The new patron at the top of the power pyramid strives for leaving his mark according to his interests, beliefs, and tastes. Obviously, his preferences are quite pragmatic and influenced by the desire to gain popularity at home as well as international acceptance. On the other hand, the results of Mirziyoyev’s first year in office indicate that his position is not (yet) fully consolidated. When ascending to power, he had to rely on an informal power-sharing agreement, with the chief of the National Security Service as his main partner and rival. Thus, it has been said that the postponement of some reforms—such as the full liberalization of the foreign exchange regime and visa-free travel for foreign tourists—was caused by severe conflicts behind the scenes.

In this situation, at least some of Mirziyoyev’s recent measures are intended to merge his constitutionally provided supremacy as the President with that of the sole and undisputed “real” leader. For example, the reorganization of the internal troops and the police aims at shifting the balance away from the security service. In the same vein, the media policy is driven rather by image considerations than by the vision of a free press, causing experiments and inconsistencies. On the one hand, the president encourages journalists to address pressing issues, such as “bureaucracy, indifference, extortion, corruption.” His newly created TV channel “Uzkbekistan-24“ has even been allowed to air the first critical analysis of Karimov’s presidency. On the other hand, live broadcasts of talk shows and panel discussions with officials—probably the most important innovation in state TV—have recently been recalled because of an on-air-confrontation between the prime minister and a journalist. While BBC is on the verge of restarting its operations in Uzbekistan after nearly 12 years, the protection of “national values” and the need to “fight commercialization” serve as justifications for new attempts to bring Uzbekistan’s media and culture, including film and music, under control. This list could be continued.

Perhaps, Uzbekistan is making progress towards a rather “normal” authoritarian regime and a more cooperative neighbor. Yet, under the country’s second president, the power system will not fundamentally change.