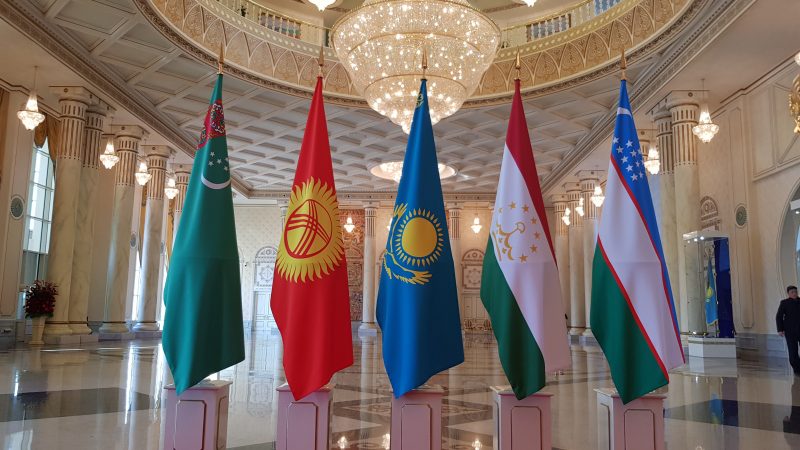 The number of electoral democracies in the world increased dramatically from 76 to 120 in the period between 1990 and 2000, also famously known as the ‘third wave of democratization’ (Stacher, 2012: 28). However, those political transitions only sometimes led to stable democracies. One of the most remarkable consequences of the third wave became the proliferation of competitive authoritarian regimes with the general tendency towards tolerance over competition for political office (Bunce & Wolchik 2010:43). Despite open struggle for power, the uneven distribution of resources and coercive leverages on the political playground usually lead to continuity of the existing leadership. This section elaborates on the nature of authoritarianism and its prevalence in the post-Soviet Eurasia.

Acknowledging the importance of the growing body of literature on electoral authoritarianism (Donno, 2013; Ghandi & Reuter, 2013), the present research deals primarily with political dynamics in authoritarian regimes beyond elections. Electoral processes reflect the nature of authoritarian domination, its political consolidation and levels of regime’s hybridity. Authoritarianism presupposes an imbalance of power with a strong state elites and fragmented opposition forces or society. (Bunce, 2003; Brownlee 2007). Stacher (2012) provided a brilliant analysis on the variance of autocratic power that shaped uprisings in Syria and Egypt. His analysis showed that the prospects for revolution occur exponentially when the balance of power changes rapidly, as it did during Egypt’s 18-day battle to remove Mubarak (21).

Nowadays authoritarianism does not exist in its pure form, but is integrated in the complex processes related to globalisation, foreign economic investment, human rights and good governance. The authoritarian repertoire of political formations embraces a wide range of sub-categories, such as absolute monarchies, sultanistic regimes, dictatorships, military juntas and religious theocracies. Pepinsky (2013) claims that political regimes cannot be understood separately from the concrete issues of redistribution, policy-making mechanisms, and the regime maintenance that motivate political behaviour. Government institutions in authoritarian system provide a leverage to facilitate state control and coordination among the elite groups. The outspoken public loyalty or legitimacy, and the conformist mentality reveal highly developed nature of the repressive administrative machinery (Colton & Hale, 2014).

Political regimes in the former Soviet Union have successful political and economic records, represent models of democracy avoidance (Brooker, 2009: 243). Nowhere is this more the case than in the Central Asian Republics and the Caucasus.  For example, according to the finding of Turkmenistan and Uzbekistan are the most closed authoritarian systems in Central Asia. A representative model of ‘consolidated democracy’ or ‘transitional government or hybrid regime’ was completely absent in the entire Eurasian region. However, alternative study suggests that Kyrgyzstan could be seen as the exceptional Central Asian ‘island of democracy’ due to its vibrant civil society, active social political engagement and institutional pluralism (Anderson, 1999). Perhaps this typologies do not explain well how politics is shaped and practiced on the ground, and how authoritarian practices are perceived locally. On the local level, authoritarianism is not seen as a form of ‘dangerous’ or ‘contagious disease’, that should be urgently cured by international democratization efforts, but rather a state of political affairs with its own legitimising logic, tools and strategies.

Scholars only recently started to compare the sources of legitimacy and legitimation modes across non-democratic regimes in the post-Soviet Eurasia (Matveeva, 2009; Kailitz, 2013; Bexell, 2014). Von Soest and Grauvogel (2015) argue that legitimation strategies are also carefully employed by regimes with democratic deficits (p.18). Measuring varying degrees of legitimacy and popular legitimation mechanisms is a notoriously difficult task both theoretically and methodologically. The obvious characteristics of state illegitimacy are revealing only during ‘an overt danger of (regime) collapse’ during ‘coloured revolutions’, large-scale protest movements to overthrow the existing regime or some failed attempts to enact the coercion (Holmes, 2016: 224). In non-democratic political systems with the prevailing traditional and informal forms of political relations, the estimation of this category of legitimation could be hardly achievable due to the informal logic of rules’ enforcement.

According to Lipset (1969), legitimacy involves “the capacity of a political system to engender and maintain the belief that existing political institutions are the most appropriate and proper ones for the society” (77). In the popular legitimacy literature Lipset (1969) suggests that legitimacy, in and of itself, may be associated with many forms of political organization, including oppressive ones (28). This statement confirms the idea that legitimacy could relate to the authoritarian context. Authoritarian legitimation (like all other forms of political legitimation) strongly relies on the hegemonic strategies, presenting existing political order as natural and uncontroversial (March, 2003: 210)

For Matveeva (2009) legitimacy is the belief or an ideological stance that the existing political institutions are ‘morally correct’ (1097). She argues that in non-democratic societies, where popular opinion is largely repressed and underrepresented, it is almost impossible to evaluate the reception of ‘morally correct’ or incorrect behaviour of political institutions. With regard to this public responsiveness dilemma Matveeva (2009:1096) sets up the critical question: ‘How can legitimacy be measured and identified in societies where public expression of political preferences is so restricted, hidden, manipulated or disguised?’ Beetham (1991) reflects to this issue by introducing  ‘input’ legitimacy for regulating and assessing popular interests via televised discussions between president and selected citizens, political opinion poll series and more radically through elections (p.26). This performance is aimed to symbolically demonstrate that the ruling elite is attentive to social needs and attitudes.

Despite recent scholarly attempts (Von Soest & Grauvogel, 2015; Brusis, 2016; Dukalskis & Gerschewski, 2017) to explain autocratic legitimation practices in the post-Soviet Eurasia, this field of study remains in its infancy of development.

Modern authoritarian regimes cannot entirely depend on their abuse of power in a strictly hierarchical, pyramid-shaped political order as some tyrannies of the past, especially in the long-term perspective (Gerschewski, 2013) The persistence of autocratic domination evolves beyond simple mechanisms of repression or violent suppression. In the almost complete absence of totalitarian rule today, authoritarianism has become a residual category for non-democracies (Josua, 2014).

The Arab Spring was a vivid example of the failure of the social contract in populist authoritarian regimes. This came as a result of the imbalance between popular trust and an acceptable economic performance or a lack of procedural legitimation (Stacher, 2012; Gerschewski, 2013; Josua, 2017). Due to the growing frustration and disillusionment, the repressed people in Tunisia, Egypt, Syria and Algeria withdrew from the pre-existing social contract and protested (Wedeen, 1999; Marquez, 2017). Similar trends took place in other regions, like the ‘Colour Revolution’ in Ukraine or the ‘Tulip Revolution’ in Kyrgyzstan (Bunce, 2003; Hale, 2015). These cases illustrate the crucial importance for autocratic regimes to build a strong legitimizing basis.

While legitimacy crisis seems to eventually manifest itself on the surface in a form of protest, revolution or mass migration; it is extremely difficult to trace the early symptoms of  legitimacy erosion, manifested in the declining trust and loyalty among population to its leaderships, and escalated inter-elite tensions. Easton and Lipset explained this phenomenon as a ‘reservoir of support’, the situation of popular contentment with satisfactory regime performance, that helps members to tolerate and accept domination (in Booth & Seligson 2009: 3).

Przeworski (1986) argued that regimes do not collapse when they lose legitimacy but only when citizens see prospects for a viable alternative system (in Booth & Seligson 2009:7). The democratic repertoire of power presupposes the choice for an alternative political reality, however non-democratic regimes allow a limited degree of political and social pluralism in attempt to remain in extensive control over society (Marquez, 2017). The prevalence of hybrid regimes demonstrates the possibility of peaceful coexistence among several antagonistic political systems. According to Habermas (1988:96) ‘as soon as belief in legitimacy of an existing order vanishes, the latent force embedded in the system of institutions is released’. To overthrow the existing political regime and its institutions, the agents of change[1] (‘the latent force’) arise to reconfigure and contest popular perceptions of rules and norms (Gerschewski, 2018). Autocratic leaders are afraid of spontaneous and unregulated changes that can lead to unexpected results or critical situations.

Von Haldenwang, C. (2017) suggests that legitimation[2] involves a two-stage process: a) the ‘demand cycle’ – citizens feedback to legitimation claims in the form of acknowledgment or rejection, expectations directed towards the government; b) the ‘supply cycle’ – the operations carried out by rulers in attempt to legitimise  their political order to shape the process and outcome of political decision-making and the implementation of public policies. In authoritarian regimes, ‘the demand cycle’ would be carefully monitored and usually supressed/censored, due to the minimal opportunity to openly channel popular grievances and demands. From a methodological perspective, it would be quite difficult to measure nuances and levels of social consent. Measuring legitimation in democracies routinely relies on survey data about people’s attitudes and trust to the government. For autocracies, this kind of data is either unreliable, as it faces the problem of preference falsification, or simply does not exist (Gerschewski, 2013: 20).

My research is mainly dealing with the ‘supply’ side of authoritarian legitimation by attempting to analyse the political behaviour of elites in justifying their right to rule. Authoritarian legitimation should be understood as the combination of strategies used to cultivate legitimacy of a ruling regime with limited political pluralism and mobilisation, guiding ideology, and often a personalistic leadership[3]. Legitimacy is something that autocracies attempt to acquire or develop through their legitimation claims, symbols, narratives and/or procedures (Dukalskis & Gerschewski, 2017: 253). The process of authoritarian legitimation is multidimensional and eclectic, it reflects nationalist sentiments, international politics and modernisation strategies.

European policy makers should take into consideration that political legitimation in authoritarian regimes should be free from normative liberal connotations in relation to regime manifestations. This attempt would help to improve understanding of the ‘just’ orders beyond democratic legal rationality and explain the alternative pathways to the legitimate rule.

[1] Agents of change can come from the elite, the opposition or ordinary people depending on circumstances of legitimacy crisis

[2] The process by which legitimacy is procured

Dukalskis, A. and Gerschewski, J. (2017) What autocracies say (and what citizens hear): proposing four mechanisms for autocratic legitimation, Contemporary Politics, 23:3, 251-268

Josua, M. (2017) Legitimation towards whom? Managing the legitimacy crisis in Algeria during the Arab Uprisings, Polit Wiss, 11: 301-324

March, A. (2003) State ideology and the legitimation of authoritarianism: the case of post-Soviet Uzbekistan, Journal of Political Ideologies, 8 (2), pp.209-232