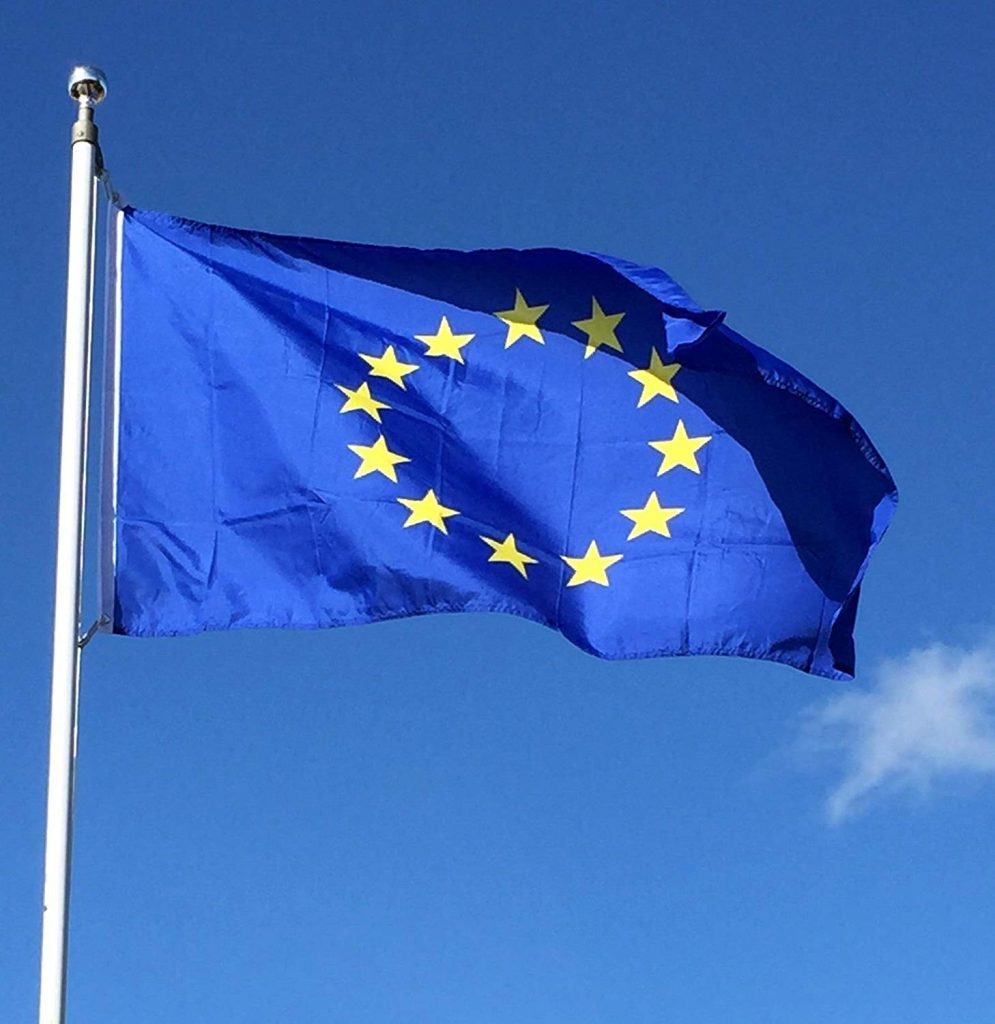 Threats to Stability in Central Asia: What Role for the EU?

This policy paper was previously published in ENC Perspectives, and can be accessed here

Keeping Central Asia stable and free of conflicts has been mentioned as a priority
both in national governments’ narratives and those of international partners already
for long time. The early 1990s, times of political and economic transitions, were
uncertain by default. Few observers could foresee how the newly emergent states
would address the spectre of ethnic conflicts or civil wars. Disputes over borders
and water resources highlighted low level of inter-state cooperation, while the
post-9/11 war in Afghanistan put Central Asia at the forefront of the fight against
terrorism. The region has not been free of heated disputes and open conflicts, and
undoubtedly, most of the aforementioned issues require a close attention. However,
long-term stability of the region cannot be pursued without addressing some less
visible, yet critical problems. These are often issues of domestic nature that set
the very environment within which a stable and prosperous development can be
imagined. While national governments are primarily responsible for addressing (or
not addressing) these challenges, international partners of the region have a big
role to play. This brief looks at three particular areas – education, economy and
equality – that are critical for sustainable development of the region and deserve
more national and international attention.

One can hardly generalise about “threats to stability” in Central Asia. The differences
between Central Asian states’ economic situations, political systems and foreign
policies can hardly be ignored. The past 26 years saw a consistent prominence of
hard security issues in discussions about stability across the region. In particular,
the returning motives include non-traditional security threats (terrorism/extremism,
religious radicalisation, drug trafficking), inter-state conflicts (borders and water
disputes) or possible spill-over of the war in Afghanistan, especially in the context of
the North Atlantic Treaty Organization (NATO) withdrawal in 2014. While legitimate
in many ways, the above issues should be viewed with at least a few caveats.

First, the sacrosanct meaning attributed to stability of Central Asia, as a condition
of equilibrium, has two roots. In the first place, such understanding of stability was
fostered by the acceptance of stability as a value, by Central Asians (and external
observers), preoccupied with “economic turmoil and lawlessness” in the immediate
aftermath of the Soviet collapse.(2) In the second place, it is fostered by a change
in development aid after the Cold War: from the principle of non-interference to an
intervention (not necessarily a military one, but also by funding of development
projects) which targets potential hard security threats in Central Asia, the ones
which may eventually affect donor countries.

Second, the governments in Central Asia learned how to use the rhetoric of
international security. The 9/11 attacks and ensuing United States (US)/NATO
intervention in Afghanistan put Central Asian states at the forefront of the war on
terrorism. This provided a new security framework for the region’s cooperation with the Western world, which proved to be more convenient for collaboration than the
previous alignment based on a vocabulary of democratisation, good governance
and human rights. Central Asia’s non-Western allies share a similar language
of security; best illustrated by an oft-cited goal of the Shanghai Cooperation
Organization (SCO) – fighting the “three evils” of terrorism, separatism and
extremism. Such language allows a very broad interpretation and merges the
distinction between international security, state security and security of specific
regimes, as it legitimises silencing of any forces which might challenge current
political constellations in Central Asia.

Third, many security issues that can be found on top of national agendas are
outcomes of, or tightly linked to, problems in other areas. One can hardly address
the problem of “religious radicalisation” by targeting “radicalised” individuals,
confiscating suspicious religious literature or labelling some groups as “extremist”,
while ignoring underlying problems – the condition of education or restricted
political participation. Drug trafficking cannot be effectively fought by solely
upgrading the scanners or training sniffer dogs at border checkpoints, if corruption
and organised crime are left aside, not to mention the demand for narcotics in
countries of their destination. Focusing on often invisible roots of security issues
may not be very expedient politically or convenient for the logic of project-cycles
preferred by international partners. Yet, these precise roots of security issues will
keep hampering human security in the region, if not addressed properly.

Actors genuinely concerned about long-term development of Central Asia should
remain attentive to who and how “threats” or “stability” are defined. The region’s
long-term stability, however, hinges on developing an environment, which would
enlighten and empower citizens, and this should be a priority for both national and
international policy makers.

A report on threat perceptions of the governments of Organization for Security and
Co-operation in Europe (OSCE) participating states noted, with a surprise, “the
salient prominence of perceived domestic threats combined with questions about
the efficiency and legitimacy of governance”, as opposed to more traditional notions
of military and transnational security threats.(3) This finding resonates very well with
our understanding of some critical issues for long-terms stability in Central Asia.
These are domestic matters related to institutions and governance with implications
for human security and development: education, economy and equality.

A lamentable state of public education is nothing new in the region. The Soviet time literacy rate was often stressed as a big difference between Central Asia and
other parts of the world under colonial rule elsewhere. Few would hear similar
“bragging” today. The countries of the region inherited fully state-funded and
controlled education systems, focused on a solid primary and secondary education.
Today the levels of Soviet-time funding on education could hardly be sustained. In
addition to poor funding, out-dated curricula, deficit of well-trained and dedicated
teachers and scarcity of updated teaching materials are exacerbated by political
resistance to real reforms. National governments, particularly in resource-poor
countries of the region, still struggle with very basic problems of education system,
such as provision of textbooks and attracting good teachers. Nurseries where three
kids share a single bed, cold schoolrooms or universities where exam grades are
bargained for cash are not best practices which would allow healthy individuals and
competent professionals to grow. Private schools offer better quality education, but
they are mostly accessible for urban and rich groups of the society – in this way
producing the elites that do not always speak the language of the population. A
growing quality gap between urban and rural, or elite and “ordinary” schools, is a
problem shared across the region, with huge implications for societal development
in the decades to come.

The second area, which poses a potential threat to stability, is a limited development
of small and medium enterprises (SMEs). Although economically the countries
in the region are clearly on very different levels, some problems are shared and
need to be addressed by all of them. In oil-rich economies in the region, such as
Kazakhstan and Turkmenistan, few benefit from access to the resources and power.
The state remains strong and the power of the state apparatus large thanks to
energy revenues. In turn, in remittance-dependent economies, such as Kyrgyzstan
and Tajikistan, the state has nearly abandoned some of its primary services to
population (e.g. healthcare, education) while nevertheless retaining the control
of the economy. Excessive control of the state, poor infrastructure and rampant
corruption are some of key factors squeezing small-scale economic activities or
driving them underground. This leaves the SME sector under-developed, especially
in rural areas. Allowing the growth of SMEs could provide opportunities for many
active citizens without special “connections” or big capital to undertake economic
activities, and in turn create employment for other people and generate a higher
tax income for the state.

Finally, the equality, understood as the rule of law and social justice, is severely
missing throughout the region. Political systems of all Central Asian states, although
to different extent, are dominated by strong personalities and an executive branch
which enforces the situation in which the law follows politics, and not vice versa.
Laws might be in place; their non-selective execution and independent judiciary,
however, remain to be seen. Implications of this can be seen in daily lives of
ordinary citizens, who mastered the “laws” of corruption, and for whom informal
ways of addressing problems are a norm rather than an exception. The rule of law
is often a part of donors’ agendas, although often it is reduced to capacity-building
projects. Endless training might be somewhat useful, but one may wonder to what
extent training judges or prosecutors improves social justice in countries where a
phone call from the “right” person can play greater role than a law.

• Define a long-term stability as a condition that empowers citizens and creates
best possible opportunities for their physical, professional and intellectual
development. Disentangling the concept of stability from an “absence of any
change”, as it is commonly defined today to wider society-oriented notions
will send an important political message to political and societal actors of the
region.

• Support national governments in developing and implementing economic
development programmes focusing on support to SMEs. Encourage active
cooperation between respective national government agencies and private
business associations, as well as businesses and civil society organisations in
discussing matters of taxation, licensing and other aspects of state regulation
of business. Provide direct support to already existing successful and socially
oriented enterprises operating in poorer areas, instead of providing grants to
form news ones from scratch.

• Stress the centrality of the rule of law and social justice in cooperation with
the countries of the region. While small-scale capacity-building or awareness raising projects may have their own benefits, long-term support to national level programmes on fighting corruption, enforcing the law and institutionalising
state-society collaboration is vital.

1 – The Curse of Stability in Central Asia, by Sarah Kendzior, 2013 available here